A Tale of "Dancing In The Dark(side)" 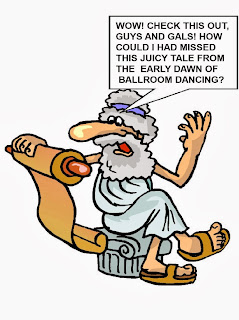 WOW! 2015 has been a whirlwind year with all the dance events and showcases played at the Palladium, the Sheraton Hotel, and the Pacific Beach Hotel. The shows were spectacular, colorful, and some had that magic touch of entertainment which made them more enjoyable to watch. Which brings me back to a tale imagined many moons ago. It was way back at the dawn of dance. There was no Palladium nor any fancy hotels to put up a show and dance event.....just a nice open area in the deep forest. Some akamai chief of a native tribe decided to have a dance showcase after watching his people jump with Jive, Hip Hop with Break Dancing, and Partner Dancing with Smooth and Rhythm drum tunes. He was very proud of them. So he turned the warriors' playground into a Palladium-like-ballroom and sent runners throughout the kingdom to invite the neighboring Chiefs and their tribe to come to his showcase. Now this Chief was no rookie...he made sure that there was an admission fee at the entrance to his forest kingdom showcase. There was a feasting before the show and anyone who paid the runner for prepaid admission got a nice plate of bento. During those early dawn of dance, there was no such thing as money....payments were made with livestock and fruits and vegetables. No one paid more and no one paid less. Everyone was treated at an equal level. There was no such thing as a chair so accommodations were the bare ground covered with soft leaves but it was open to everyone who paid to get in. It was pretty good going until some natives decide to make some good sitting spots reserved for special friends. Then all of a sudden there were leaves with the scribbled word "KAPU" on those reserved spots. The powers-to-be saw what was happening but turned a blind eye. So now not all paid guests were at an equal level. There was now a higher level of guests called VIPs and a lower level of guests called the spectators.  The chief who was putting on the show made sure that there were lighted torches around the Palladium-like-ballroom since the showcase was gonna be held during the night. He had his followers install torches all over the Palladium-like-ballroom and when that was done, he was satisfied. Show time came and all the torches were lighted. All the Chief's male dance performers were handsomely attired in colorful costumes and the women were just as beautifully dressed in costumes that made the ladies of the visiting tribes envious. Just as ACT ONE got under way, a strong wind came over the forest and blew out the flames of the torches that were hanging in the middle and south side of the Palladium-like-ballroom. That made it the darkside of the Palladium-like-ballroom but still the show had to go on. Most of the performers were akamai. When they noticed the darkside, they danced where there were more lights. That was a real treat for the guests and more important it displayed the talents of the dancers and their skills in floorcraft. As for the others, they blindly or unconsciously performed in the darkside which masked their talent and skills. AUWE! However the Chief was so proud of his showcase performers that it never occurred to him to light the blownout torches again. As it went in ACT TWO and ACT THREE, the akamai performers danced in the lighted area and the not-so-akamai performers continued to dance in the darkside. AUWE! And the practice of the akamai dancers and not-so-akamai dancers continued for centuries and some who danced in the darkside even made it a point to perform facing only the VIPs. AUWE! As the pages of time continued to flip each passing year there came a light at the end of the tunnel. It was nearing the close of year 2013, when the International Ballroom Dance Inc. put on a Holiday Celebration featuring Divino Ritmo Dance Formation Team and Junior Pro/Am, and Dance Appeal Group, some noticeable small changes were made.....like performing facing a larger audience of spectators and performing mainly in the bright lighted areas of the Palladium. As this tale of Dancing In The Dark(side) comes to an end, the Moral of this story is: To have some value of entertainment and audience appreciation, and if you want to show your talents in Dance Performance and Skill in Floorcraft, you gotta "Dance In The Light(edside)". Pau fo' now! 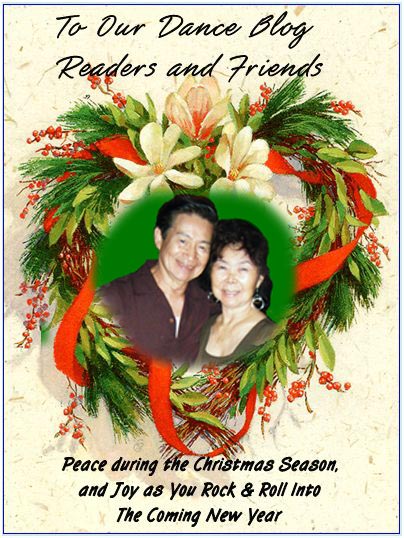