It's been a couple of years since my main squeeze and I started to go to dinner and dance showcases organized by Kesler and Company. We heard big time that the dance showcases were very entertaining and a lot of fun and exciting. This year's production of HULAWEEN on Friday, October 28 was very well orchestrated with a magnificent array of ProAm exhibition dancers appearing in the Four Acts of the program with a total of eighteen performances. Yes! there were General Dancing from 6 PM, and during the intermission between Acts and till closing at midnight.
But first, Lani and I got to the Pacific Beach Hotel early to be sure that we find a parking space. The showcase dancers were practicing on the Grand Ballroom dance floor when we got to the 7th floor. Checking in at the Reception Table was easy enough since there were only a few guests waiting in the lounge. There was only one "lovely" (Toni) at the "R" Table and she was later joined by her son, Naoki who was wearing a DarthVader costume. It was HULAWEEN and some guests came wearing costumes, too.

The Grand Ballroom was decorated with floating black and orange balloons. Most of the tables had plastic kind pumpkins as decors. And at the far end of the ballroom and floating high up was the theme of tonight's celebration.. 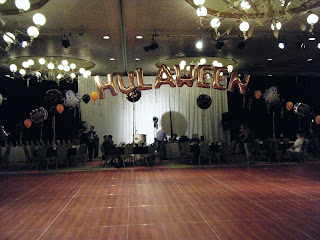 The music guys were Nick and Willie from Star Pointe Mobile Disco-Music and Video. Talk about music that entice couples to burn the dance floor, these guys got them.

Lani and I got to our assigned table shortly. The showcase dancers were still practicing on the dance floor. So we got a good preview of some of the acts. The guests who were assigned to our table slowly drifted in. Three couples came in smiling as they pulled out the chairs to sit. Lani and I knew one couple; Mel and Susan, who are dance instructors for HBDA. Roy and Sandra came next and soon followed by Jon and Nancy. With only eight on our table, it was comfortable with the extra room to stretch out and chat with good company, too..

During General Dancing time between Acts, as usual I went paparazzi with my little point and shoot camera. Caught on camera a few guests I knew from long time ago. Got some big smiles when I assured them that the photos will not be posted on PLAYBOY magazine. 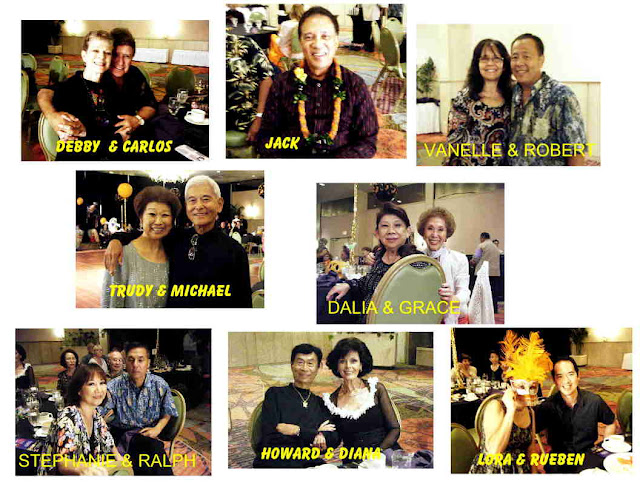 Okay, it's time get to the fun stuff......The Lady EmCee for the evening was the vibrant and energetic Shari Berinobis. who opened the program with introducing our host, Mr. Doug Kesler and with a short bio of Mr. Kesler. A SPECIAL MAHALO acknowledgement for the hard working "Company" volunteers who helped put together this rip roaring HULAWEEN event....Reception: Diane Wack and Toni Matsuo, Programs/Tickets/Flyer: David Iwamoto, Hair & Makeup: Venus, Robert's Vogue Costume: Diane Wack, and Koko Head Dance: Joe Shorba. Special Mahalo for the super dance music went to Star Pointe Mobile Disco-Music & Video, too.
SHOWTIME 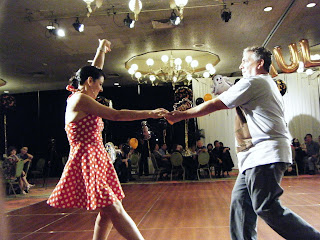 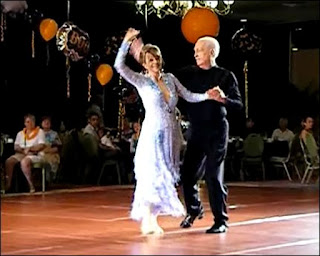 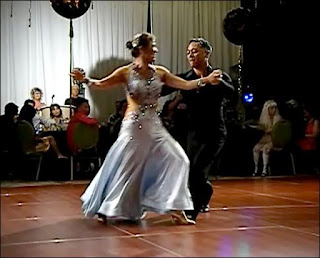 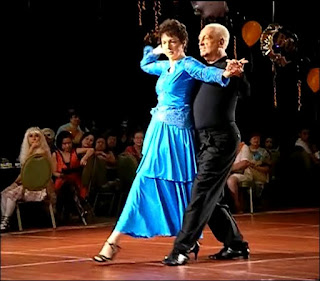 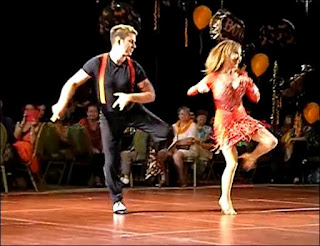 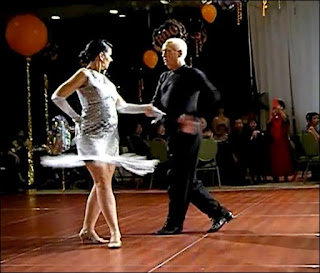 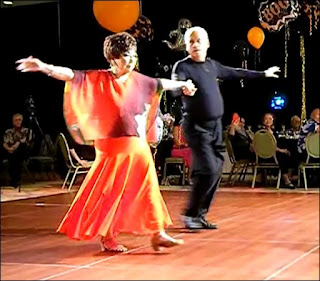 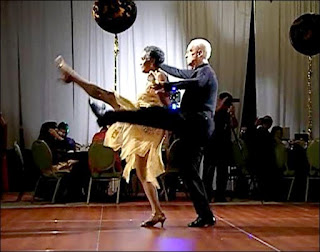 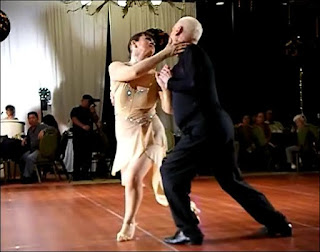 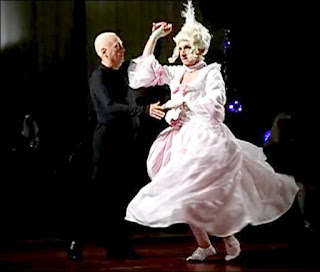 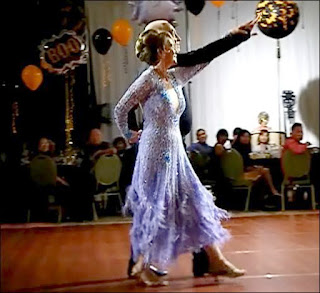 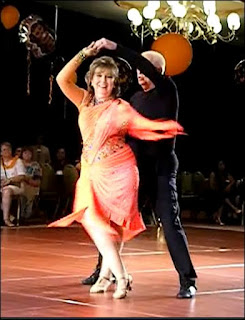 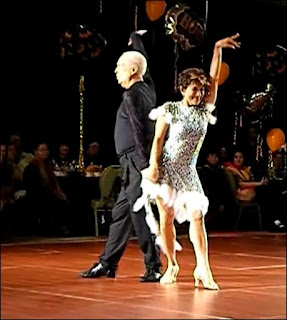 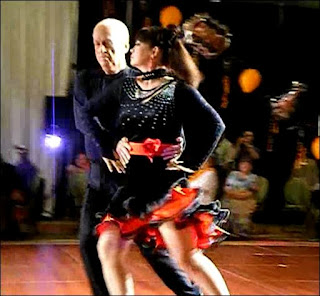 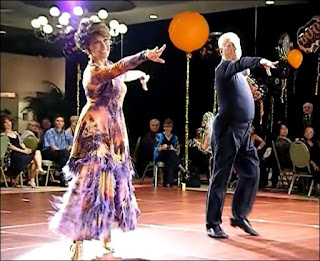 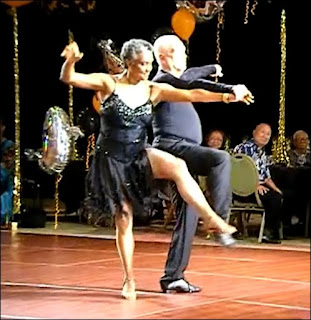 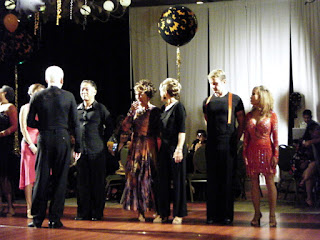 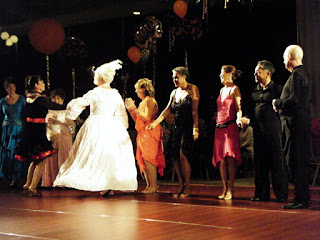 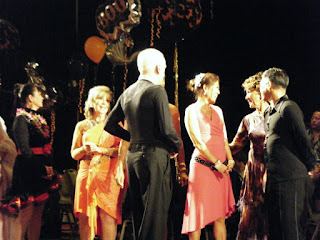