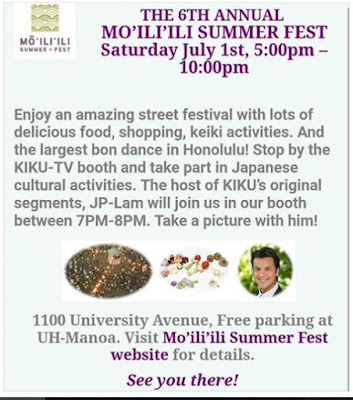 Just Musing: Where? Before Da Palladium 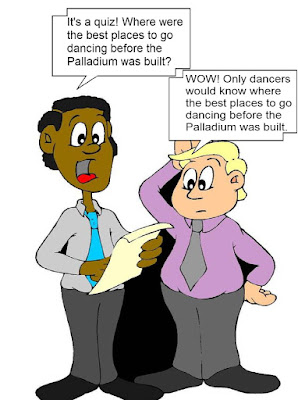 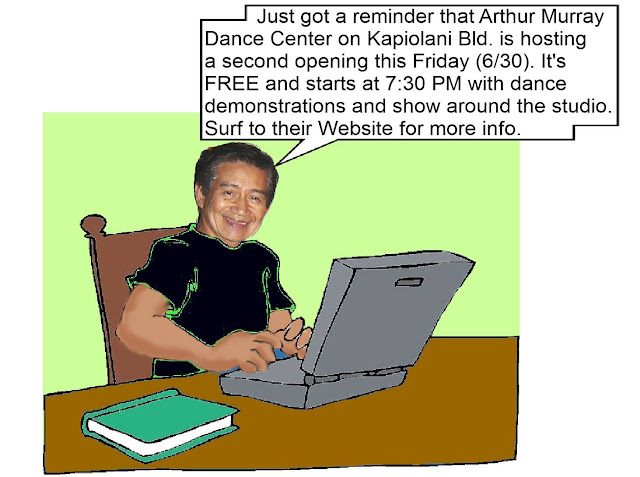 BOLERO: The Dance Of Love 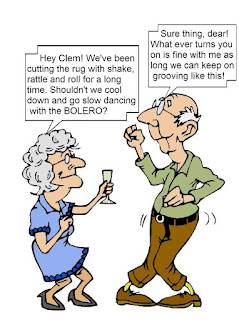 It's always been a great experience when  Lani and I teach dancing especially Latin dances. Last Monday night was the second session teaching one of our favorite dances...the Bolero. We had covered all the basic movements and steps of this dance during the first session a week before and this past Monday, we fine-tuned the basics. Most of the students were accustomed to dancing the style of the Rumba and had a difficult time transitioning to the style of the Bolero. The difficulty was transitioning to the "rise and fall", the "contra body movement", and the "extensions" that are characteristics of the Bolero. Most of the students got it by the end of the session but a little review next Monday should show more polish. Lani and I will teach a more familiar step (Underarm Pass) next but in the style of the Bolero. After all, it is the Dance of Love.
Posted by Frank at 2:18 PM

Dancing In The Islands 2 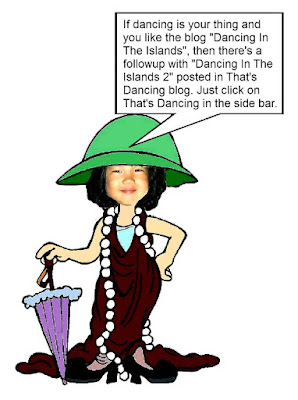 Just Musing: Dancing In The Islands

Just Musing A Blast In Da Past "Dancing In The Islands" 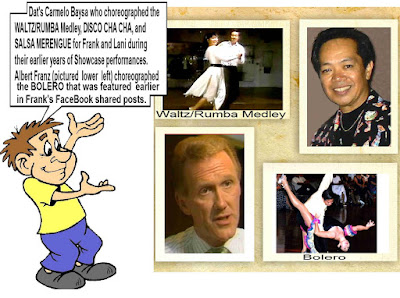 If you've got the unlimited energy, and the strong desire to perform in solo dance exhibitions, I and my
my main squeeze Lani shout out, "Go for it!" You won't regret it as you look back when your energy level has kinda slowed down but the desire is still there. There's a RUSH in the mind and heart when performing your very best in front of an audience, too, whether it be on stage, a ballroom, or on television. Lani and I know because we had done all three during our early years performing in Showcases. We had two wonderful professional teachers to guide us: Mr. Carmelo Baysa (our first professional dance teacher), and Mr. Albert Franz.

Lani and I were very proud and thankful to have been selected by the television station to be featured as amateur dancers in a program titled "Dancing In The Islands" with our two professional dance teachers. Also on the program were UH Dance Director Judy Allen and the UH Kennedy Theater 25th Anniversary Dance Concert, and well known band leader Del Courtney.

Lani and I were very new to Showcase dancing at that time but with our teacher Carmelo Baysa's encouragement, we went ahead and performed the Waltz/Rumba Medley that he had choreographed for us. A short video can be viewed on Frank Sierra Jr. FaceBook timeline.

If you're interested in learning about ROUND DANCING, there's a Workshop scheduled at Kilauea District Park this Saturday. As my friend Snow Jade says, "I would call it Synchronize Dancing. Everyone do the same just like when you are taking dance lessons. It's more fun for most of us. If you are curious about our Round Dancing, please join us for the fun."

(You can view more info on ROUND DANCING at Snow Jade Bunch timeline on Facebook.) 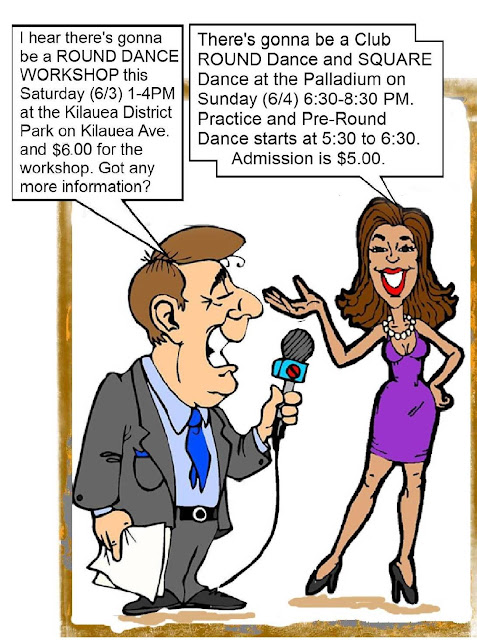