This was Lani's and my first time going to a Seniors Valentine Dance at the Palladium this past Saturday (2/12). We figured why not give it a try since we're not at the "makule" age yet....only still seniors like all the young-at-heart dancers who were there. And for 8 bucks, where can you find such a good deal....a nice floor to dance on from 5 to 10PM, watching a showcase of exhibition dancers, ono bento, and a chance to win a door prize? Sponsored by Tad Fukumoto's Makua Alii and the Bank of Hawaii, it was a big big treat for a weekend dance after a Furlough Friday. Although, it wasn't mentioned, I'm pretty sure the City and County of Honolulu had a hand in sponsoring this event, too. Wack me 30 time with a wet noodle if I'm mistaken!
When Lani and I got to the Palladium about a quarter to 6, there was no problem finding a parking spot. Although the presale ticket said starts at 5, there were a lot of available parking. Lucky for us in Hawaii, most everybody go according to their bioclock....Filipino time, Hawaiian time, etc. Some dancers were already enjoying the grindz on the lanai as Lani and I climbed the stairway. There were more people in the Ballroom but only a handful of couples were dancing. Could it be because of the music? Tad Fukumoto was the DeeJay for the evening and I know from attending some events where he was the DeeJay, he's got a good number of dance music that always draw dancers to the hard floor. The sweet sounds were missing and that is what happens when the sound system is not up to par or does not have enough oomphs. It started as a slow burner in the beginning but as the time ticked away the ballroom floor got ablazed with more dancers. 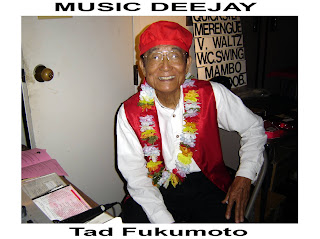 The EmCee for the event was Roger Izumigawa. It was good to see Roger back on the saddle as Master of Ceremony. He has a voice that has the touch of clear diction and humor. That is always a plus in being an EmCee. In his "welcome everybody" message, he introduced many of the Presidents of the various dance clubs who were in attendance. Roger also served as the caller of lucky ticket numbers for the door prizes. 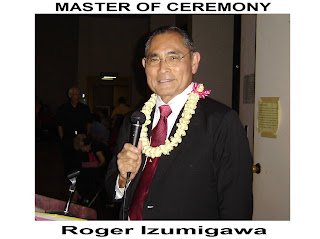 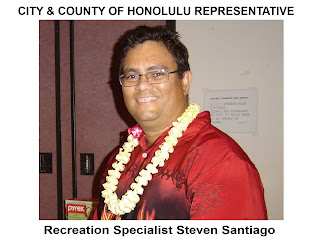 Rose Char was the Coordinator of the Mixer aka Horseshoe Dance and the Electric Slide Line Dance, and she did an excellent job at it. Got a lot of dancers and seat warmers on the floor and in line for the Mixer. The Electric Slide Line Dance followed soon after and the hype was in full swing that brought more dancers on the floor. As EmCee Roger announced.... this is the largest amount of Electric Slide dancers he's even seen on the dance floor. Kathy Uyehara was there in front of the crowd doing a nice job in leading. 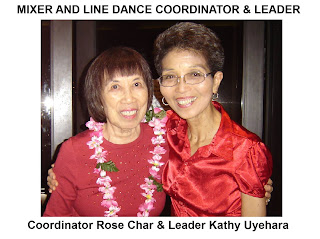 Eight o'clock rolled by and it was time for the Exhibition Dancing part of the program.

Tad Fukumoto and Sara Oyama were a delightful couple performing the romantic International Rumba. It was an entertaining dance by a well known instructor in the dancing community and this senior couple received a lot of applauses and respect for their performance. 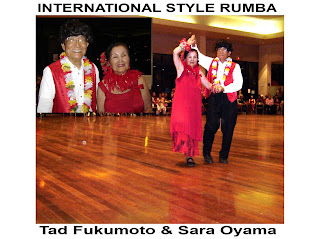 Picking up the tempo for the next exhibition were Albert Lui and Shu Weng. Their rendition of the Quickstep was electrifying and added zest to the showcase. 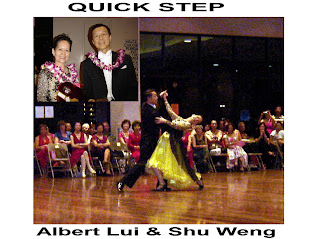 The tempo slowed down just a little with the International Waltz performed by Sydney Chiu and Patricia Paliracio. Their Waltz technique was beautifuly executed as they glided throughout the entire ballroom floor. 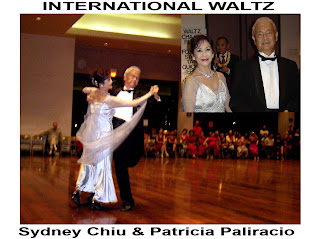 Dance Hawaii's Richard and Lynn Nakamura went into hyper-speed next with their Quick Step. A malfunction with the sound system put a delay on their performance but that didn't dampen the spirit of these two experienced showcase dancers. The show must go on and Richard and Lynn danced another dynamite performance with speed and professionalism. 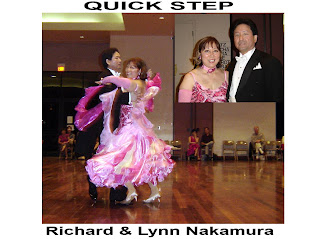 Michael and Trudy Uechi concluded the Exhibition Dancing program with the International Medley of the Foxtrot. Bravo to these two wonderful dancers for bringing the Foxtrot back to this showcase. This was a rare treat and very well performed. 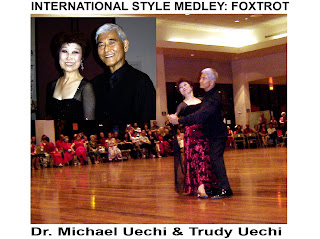 And now a comment from my main squeeze who had a better eyeview of the showcase than I did through my tiny camera view finder. Lani says, "all the performers were terrific and top notch in their performance. The ladies wore colorful costumes that were appropriate to their dance and they looked beautiful. Aside from the glitch in the sound system before Richard and Lynn's Quick Step, I enjoyed the whole showcase and I think everybody did, too."

Top Ticket Seller Honors went to Herbert Omizo, a long time friend of any and all dance clubs who has helped in ticket sales. During a short interview with Herbert, he disclosed to me that he had sold 300 tickets. WOW! Congrats to Herbert. 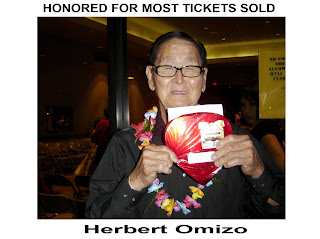 Members of Dance Hawaii were there in big numbers and so were the club's VP Jim Brierly. When his lucky ticket number was called for a door prize, he received a whooping loud applause. Lucky guy! 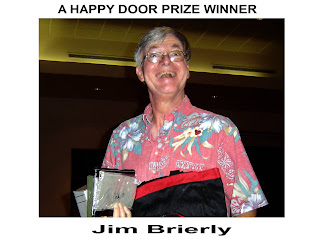 Lani and I danced our A** OFF at this Senior Valentine Dance but alas it was time to go bye bye to an evening well spent on social dancing and the enjoyment of a thrilling showcase of exhibition dancing.
(left click on photo to zoom in)
Posted by Frank at 2:40 AM

Are We Ready Yet? @Kaiser CSA 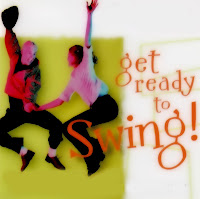 Get Ready To Swing! at Kaiser CSA this coming Wednesday. We were gone for a spell from teaching at that site but Lani and I are back for the Spring Session. Nearly all dance clubs spin Jive music or fast tempo music for Swing Dancing. Eh, No Huhu! Swing Jitterbug will get you well on the way to keep in time with those fast tempo tunes.
Posted by Frank at 4:29 PM

ARE WE THERE YET? 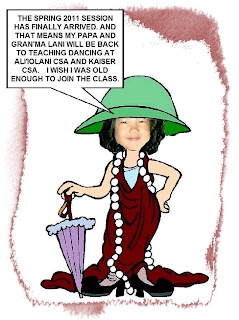 East Honolulu has experienced a surge in Ballroom, Latin, and Swing dance classes and no doubt such reality TV shows like "Dancing With The Stars", and "Live To Dance" must've spurred more seniors and young ones to get off the couch and accept the challenge....the challenge of "Staying Alive".

Dance Hawaii Kai at Koko Head School has just completed 5 weeks of dance lessons in the Argentine Tango by instructors Robert and Vanelle Hirayasu. The students went through an amalgamation and the steps are beginning to fall in place. Good job by the instructors and bravo to the students for giving a listening ear to the instructors.

Are We There Yet?
Ballroom Dancing classes at Ali'iolani CSA for the Spring 2011 Session is a GO and will start next week Thursday (2/10) at 7PM. 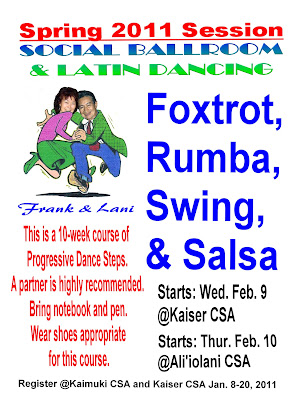 Ballroom Dancing classes at Kaiser CSA is still accepting applications for the class.
So far as Lani and I know, the class is still on schedule to start next week Wednesday (2/9) at 7PM.