It was 5:30PM Saturday and it was time for Lani and I to jet over to the Palladium for the IBDI Anniversary. A little traffic encountered on the Kalanianaole Highway but we made it in time to pick up our bento dinner. There was a line entering the Ballroom but it soon shortened. WOW! I remember the old days when another dance club filled the Ballroom but this event just went over the top. All the seats were occupied and I gotta say it was SRO. General Dancing with the sweet musical selections of DeeJays Henry Lee and Jane was in full swing till about 8PM. Grace Nohara and Dana Morey were busy at the entrance as were the Kitchen Crew. 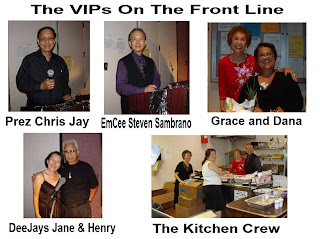 Prez Chris Jay opened the program with a welcome speech and a history of IBDI. It was gratifying to know how this dance organization started and how successful it has become on it's way to their 49th Anniversary. 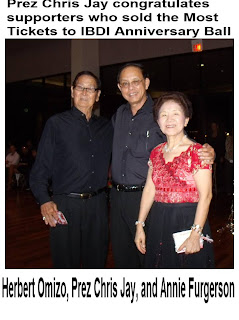 Chris also welcomed the other Ballroom Dance organizations as he called out the names of the Presidents and Representatives of each dance club.
Then Steven Sambrano took over the podium as EmCee of the Showcase Program. He did an excellent job in keeping the program moving without any gaps in delays on the Showcase Performances, the calling of Door Prize winners, and the Snow Ball Dance. 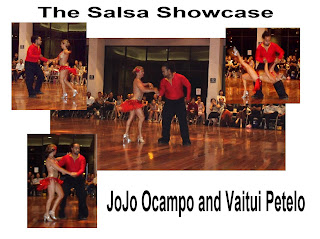 The Salsa by JoJo Ocampo and Vaitui Petelo was a portriat in speed dancing with a lot of dips and lifts. It was exciting to watch this young couple in action. 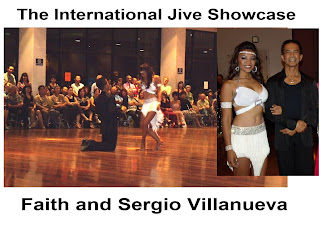 It's rare to see a father and daughter perform in a showcase but coming from the very talented Villanueva ohana it's no surprise. (Dad) Sergio and very pretty (daughter) Faith put on a stunning show of the International Jive with a bit of theatrics that wowed the audience. 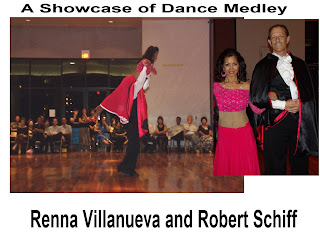 Not to be out done (mom) Renna Villanueva and Robert Schiff entered the floor with some theatrics of their own. Robert wore a half mask ala Phantom of The Opera as he carried Renna with out stretched arms over his shoulder. The dance was a Medley with a touch of Paso Doble. A great performance with a good story acting....it left beautiful Renna laying on the floor as Robert echoed a yell of triumphant (or was it a cry of sorrow?). In any case, the performance was mesmerizing and captivating. 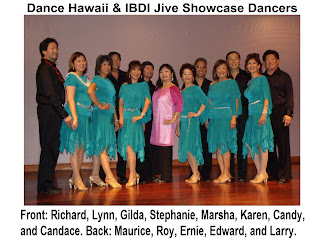 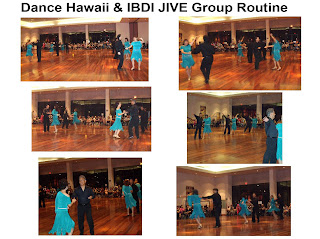 The first time injury during practice caused Marsha Ninomiya to pull out of the Jive Group Formation. You've seen it happen on "So You Think You Can Dance" reality TV show, too. As they say the show must go on so Stephani Shimizu filled in for Marsha with only two hours of rehearsal. The Jive routine was choreographed by Richard and Lynn Nakamura of Dance Hawaii. Dance Hawaii dancers together with IBDI dancers performed like they were having a lot of fun and much more relaxed which contributed to a good performance by both dance clubs. (We wish you well, Marsha, and a speedy recovery from your injury). 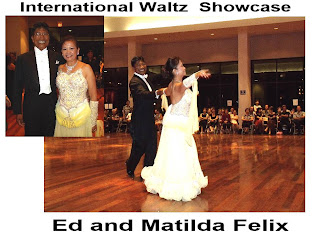 Concluding the Showcase Program was an International Waltz by Ed and Matilda Felix. Lani and I have seen this young couple perform the Waltz in other showcases but this night they brought their rendition of the International Waltz to a higher level. It was beautifully danced with smoothness and feelings. 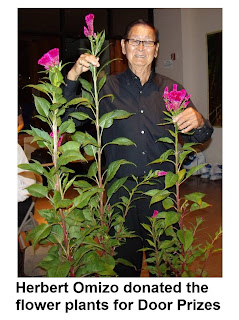 The IBDI 49th Anniversary Ball was well orchestrated with a Snow Ball dance to the Cha Cha beat, and Door Prizes of gift cards, and flower plants. (The plants were donated by Herbert Omizo). 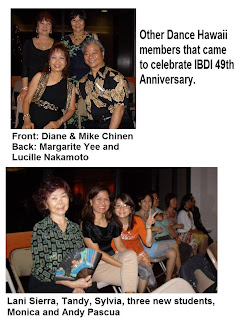 It was another night of fun dancing for Lani and me and socializing with friends from Dance Hawaii. Chris Jay and IBDI Anniversary Committee did a terrific job in organizing the entire program. General Dancing continued till closing but for Lani and me it was time to hit the road for home and dig into the (as Lani described it "one of the best") bentos.
Posted by Frank at 12:05 AM