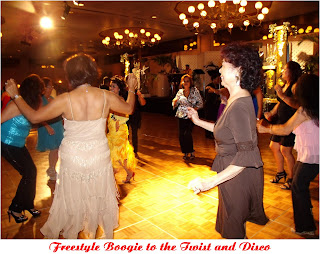 Maaari ba tayong magsayaw? Just brushing up on my "making out in Tagalog". Yeah, I tried the Filipino translation of "shall we dance"? Friday night at the Bantay Bata shingdig at the Pacific Beach Hotel and got my A** burned off dancing with a circle of ten lovely ladies who were sizzling and getting down ala boogie with the Twist and Disco. I gotta admit that my main squeeze Lani got into action, too. But lest we forget about the grand purpose of this wonderful fundraising event, "Dancing In Paradise (Project for Bantay Bata 163), here goes the spill....... 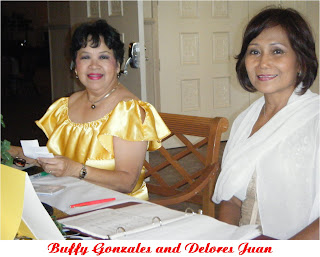 Buffy Gonzales was sure a bright sight as Lani and I got to 7th floor Grand Ballroom. She was later joined by lovely Delores Juan at the Reception Table as more dancers checked in for table assignments. 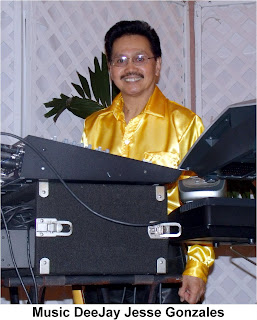 There were a few showcase performers polishing up their routine on the floor but as soon as DeeJay Jesse Gonzales cut loose his wide collection of deep down mellow tunes, the floor got flooded with social dancers. 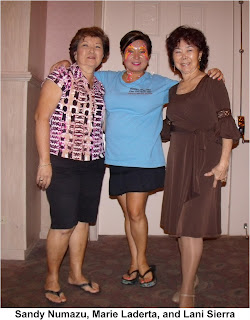 Our friend Marie Laderta who is one of the key players of the Bantay Bata Project greeted us. I didn't recognize her at first because she had painted her face with a butterfly in preparation for her showcase performance. Anyway, I got a clean shot of her with "Aunty Sandy" and Lani. 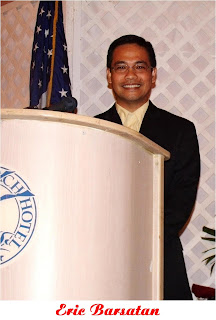 General dancing continued till it was time to start the program. EmCee for the evening was Eric Barsatan who kept the program rolling along smoothly. His welcome remarks included a short history of the "Project and its Mission" since inception in 1996. He also introduced many of the representatives from the various dance organizations on Oahu, and the professional dance teachers and owners of dance studios. 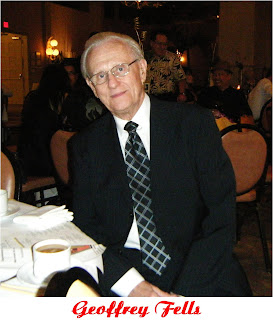 It was good to see the maestro Geoffrey Fells who was sitting next to our table. 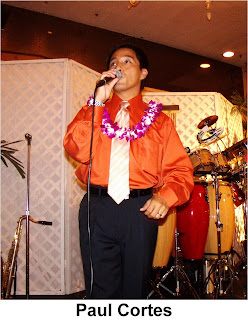 Invocation was said by Pas Ignacio, and the USA National Anthem and the Philippine National Anthem was sung by Deputy Consul General of the Philippines Paul Cortes. The Program Committee had not missed a beat. They had printed handouts of the whole program including the words to both National Anthems. So everyone joined in the group singing. That was so cool! 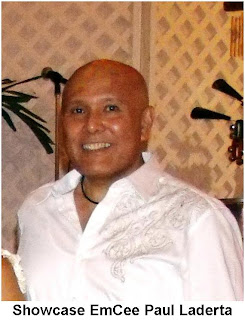 The Showcase had two Acts with a 15-minute intermission for general dancing fitted in between. Paul Laderta was the EmCee for the showcase part of the program and he handled it like an experienced pro with a nice touch of little quips of humor. Mahusay iyan! (That's good!) 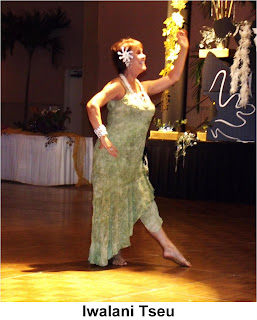 Act One started with a beautifully danced Hula by Iwalani Tseu to the unforgettable tune "Somewhere Over The Rainbow". She was very graceful in her movements and it was an akamai addition to the Exhibition Showcase. 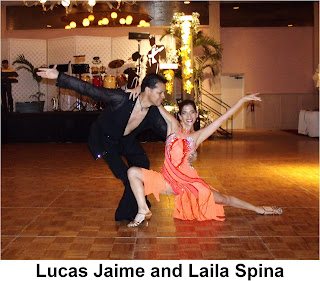 Professional Lucas Jaime has always thrilled audiences with fantastic moves with Yanna but he proved that he can thrill the audience just as well with newcomer Laila Spina. Their Theatrical International Cha Cha was exhilarating and a good hype to start the tone of the showcase. 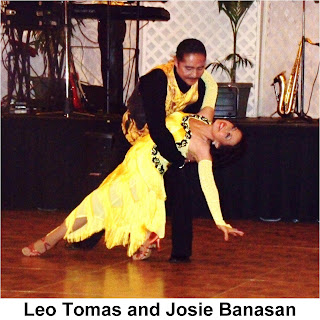 Another newcomer Josie Banasan teamed with Professional Leo Tomas to showcase the Romantic Rumba. It was sensuous and it was good to see a new face in exhibition dancing. 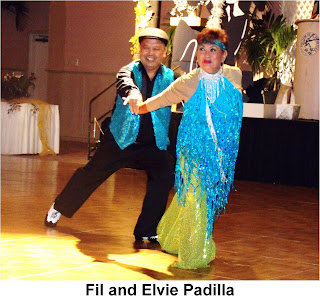 Fil and Elvie Padilla came to dance and they sure burned the floor with more intricate moves in their performance of the Hustle. It was HOT, a heartbeater, and truly exciting! 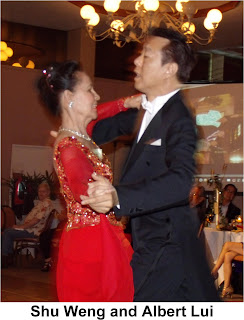 Slowing down the pace was an International Slow Foxtrot by Albert Lui and Shu Weng. It was just enough to slow down the heartbeat and it was a good performance which showed artistry in motion by two experienced dancers. Another newcomer to showcase performance was "active senior" Wesley Numazu who danced a delightful skit with Professional Yanna Samkova. Their performance of the East Coast Swing was by far entertaining, exciting, and stimulating. 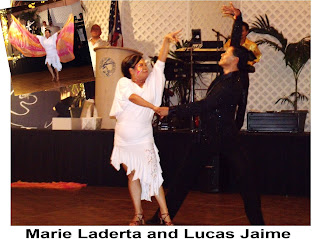 Not often do we see a high level of emotions in a dance exhibition but tonight Marie Laderta and Professional Lucas Jaime pulled out a winner in dancing the International Rumba to "Ode To A Butterfly". It was filled with passion picturing a true-to-life experience of the dancer Marie. A very moving and wonderful heatwarming story translated into a dance story prime performance. 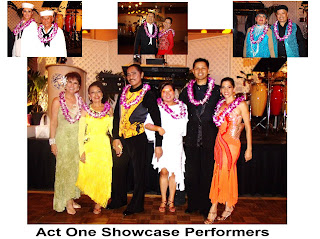