T'is the Season to be jolly but it's been two nights in a row without my side-kick to a dance at the Ala Wai Palladium. Yeah! the cold bug bit my main squeeze. Thanks to all the nice people who asked about her and hope she gets better soon.

I got to the Palladium a little before 8:00. Enough time to go paparazzi before the show program began.  It was pretty quiet on the lanai except for a hand full of dancers having a chat and drinking coffee. But inside the ballroom.was filled with dancers burning the floor to the music from the library  of Ed Felix,.
Everyone had already checked in at the Reception Table and picked up their snack (pork manapua bun). So it was pretty quiet at that end.

Thought it best to get a shot of the DeeJay and EmCee before the program got underway. Emcee for the evening was Marsha Ninomiya who was coordinating the program with the DeeJay. Then scooted to the two couples who were going to perform in the dance exhibition part of the program. But bumped into two old friends (Stanley and Annie) on way. Captured a few snips of the happy dancers who clearly came to dance, and a shot of Ed Felix without the Santa costume.. 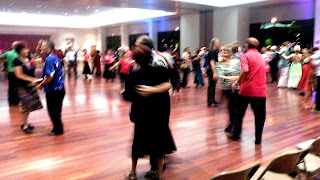 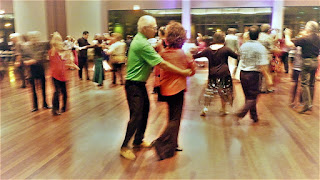 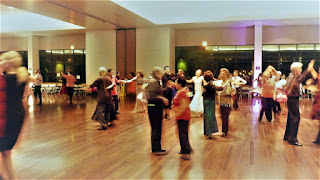 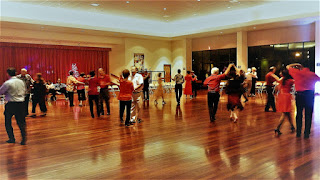 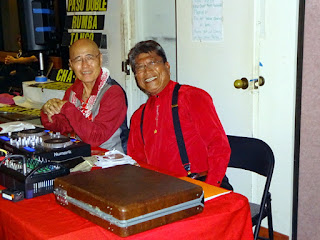 SHOW TIME:
The first couple to perform were Atlas IV and Helene dancing the International Foxtrot. 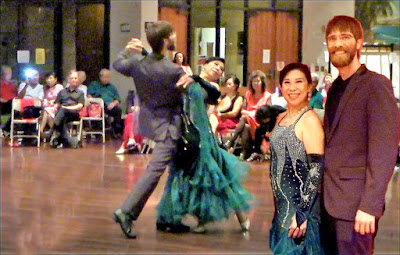 Then followed by Derek and Debra Kam performing the International Cha Cha. 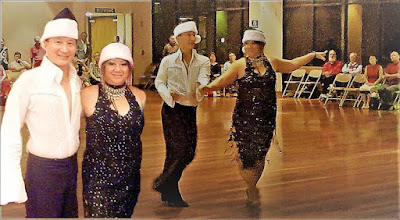 Santa and Mrs Claus (Ed and Matilda) concluded the exhibition part of the program with performing the International Waltz. 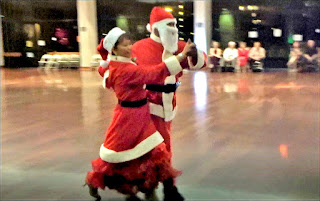 Roxanne Kaino was called on to lead in the Electric Slide dance. That got nearly everyone off their seats to participate in the dance. General dancing continued as I left the Palladium. Stopped by the kitchen to pick up my manapua buns that Jeff held for me. And Lucy was there to package them for me. Nice people!


Aloha for now and Happy Dancing!
.